x
by kalidesigner
on May 29, 2013
under Branding
∞ Permalink

Film Synopsis: My Brother, My Sister shows how two white brothers and two black sisters were forever changed by their activism in Civil Rights Movement.  Patricia and Priscilla Stephens helped transform Tallahassee from a hotbed of segregation to a model of equality in progress in the 1960s.  They were the leaders of non-violent direct action protests at white-only lunch counters, theaters and pools.  While attending all-black Florida A&M University, the pair led the first jail-in in the student sit-in movement.  They choose to spend 49 days in jail rather than pay a fine.

Our Process: With a story as strong as this, we wanted to make sure the legacy and history of the film was captured immediately. We prepared by watching interview footage and talking to the film makers about their vision. We used the brother’s mug shots and the photograph of the sisters confronting the police officers to serve as the canvas for the following items: 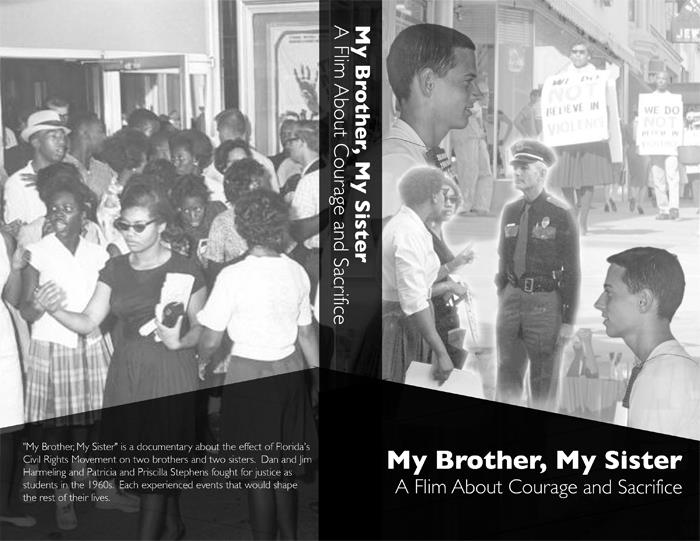 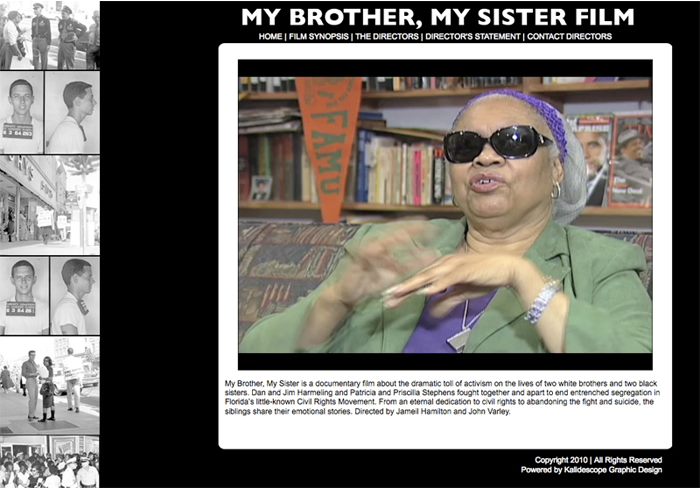 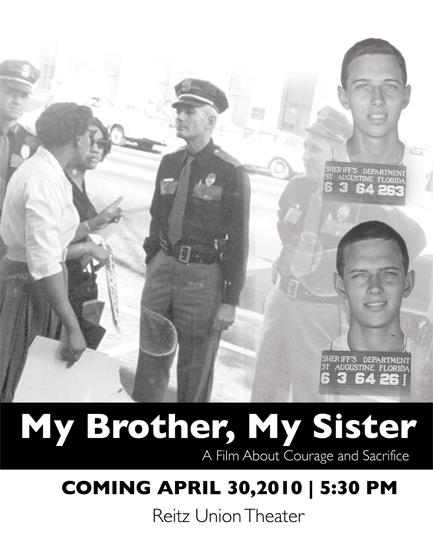 My Brother, My Sister Film Handbill